What August makes of us 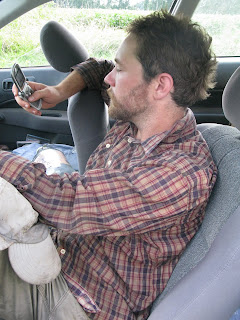 This is what we've really been doing most days of August while at the farm. Stuart sits in the car playing games on his cell phone and sending quirky encrypted texts to his friends, even though they immediately know it's from him. I've taken to admiring my hands in their new sun-protective gloves and, if I think anyone is watching, breaking out into really bad hip-hop dancing while I shimmer and flash my sheathed hands where they'll be noticed. 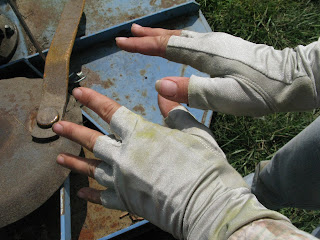 Sometimes we'll cloud watch together. I walked with this guy for around a week on the A.T. His trail name was 'Ox' and I have no idea what his real name was, but he was British and taught summer camp for a while and had one student request cloud watching as an activity. It never got approved, but if I were a camp counselor (scary thought), I would have no problem teaching cloud watching. 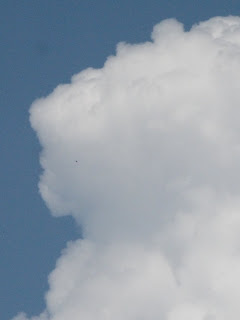 I've also taken to stalking exotic waterfowl on the farm as a work avoidance method. Harry the Heron is a regular, but the egret is new. We only saw it for a few days before it disappeared, but it was quite a sight. 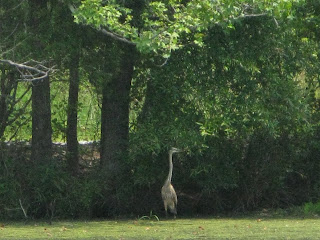 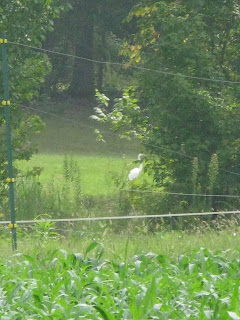 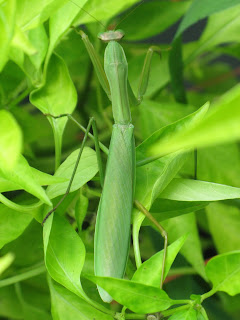 This is the most beautiful thing I have seen all week. Besides the weather forecast that has a 80 degree day forecast for next Tuesday. 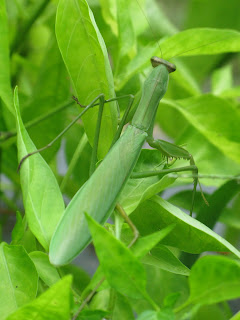 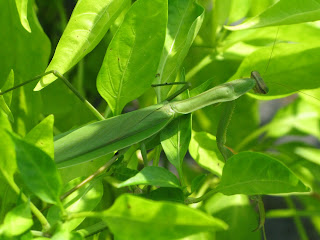 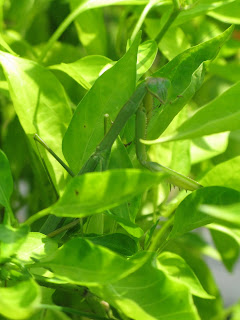 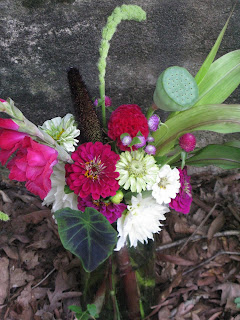 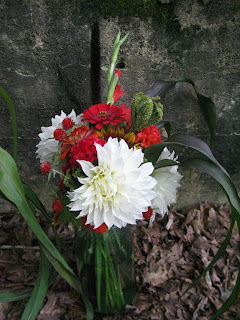 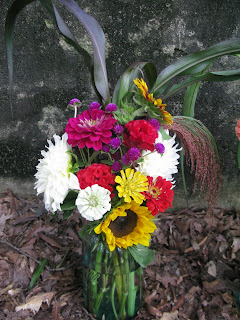 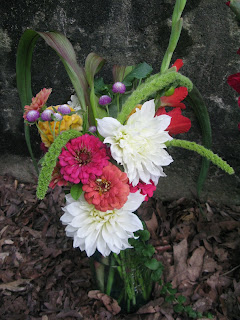 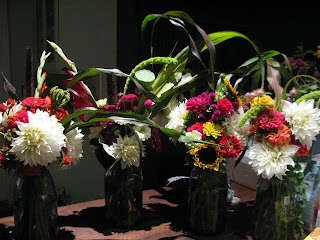 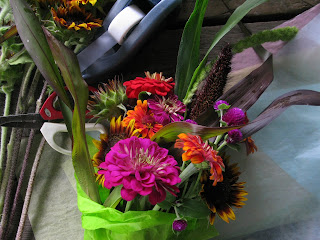 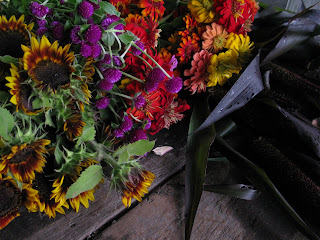 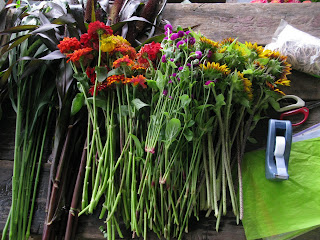 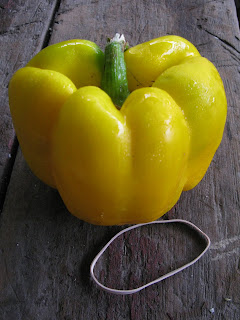 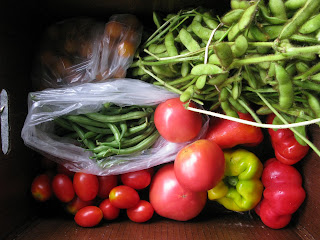 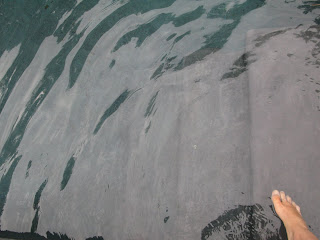 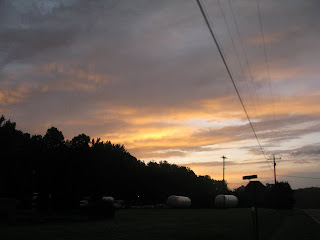 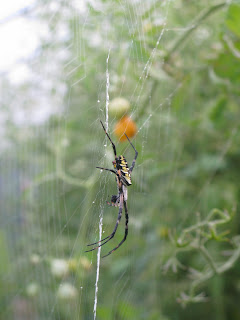 There is a writing spider, also known as Argiope aurantia, residing in our hoophouse amidst the cherry tomatoes.  It gets sizably bigger and more intimidating every week.  The web is now about two feet wide and my heart beats a little faster when I have to pick around it.  I even let out a small shriek today when, while gingerly picking around this large web, eyes glued to the spider, I stuck my hand into another web close by.  This spider must be a female because the males are smaller and have unassuming markings.  How fascinating that in the insect world this is sometimes the case where the males are the smaller, less showy ones.  Next to this writing spider's web, resting on a tomato leaf, is a smaller, dead spider, legs crumpled inward and looking shocked by its own death.  Did she kill it?  Lovers gone awry? 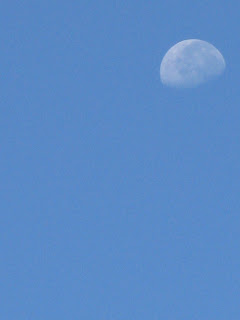 Posted by Alice and Stuart at 8:51 PM No comments: 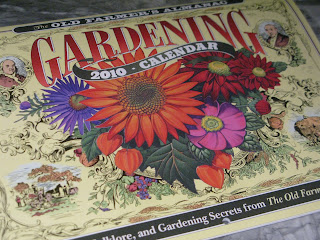 As it is time to nail down some dates for starting flowers this winter, I decided to get a calendar to help with the timeline. 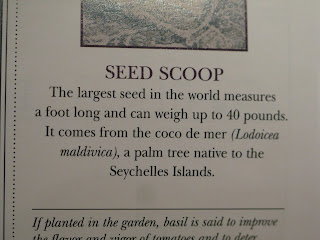 There are fun tidbits and quotes throughout, such as, "Show me your garden and I shall tell you what you are."--Alfred Austin, English poet (1835-1913)  and, "Autumn is a second spring where every leaf is a flower."--Albert Camus, (1913-1960) and We come from the earth, we return to the earth and in between we garden ---Anonymous.   I'm excited about planning for this winter.  We were going to put up another hoophouse, a smaller one just for flowers, but we decided we'd rather move into our house sooner than later, so "build build build" will be the mantra this winter.  I'll let my vision of armfuls of flowers in January fade for now and replace it with a vision of a woodstove, a cozy couch, and a warm cup of tea.  Although realistically, it will probably look more like a cold hammer, cold nails, a runny and pink nose, and layer upon layer of clothes. 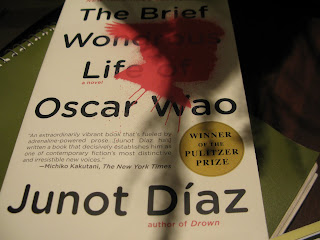 I've now finished The Corrections (what a ride!), Stuart is almost done with The Elegance of the Hedgehog (one of my favorites this summer) and at the Regulator bookstore I just got The Brief Wondrous Life of Oscar Wao.  This is the year of summer reading; I don't think I read one novel last year during the farming season.  Loving it.  And our dinners of late.  The slicing tomatoes are coming to an end soon.  We can't believe we didn't put any in our late planting.  It'll be cherries and romas til' frost.  We'll enjoy the big ones for now. 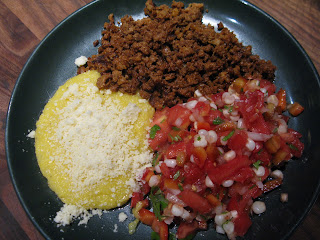 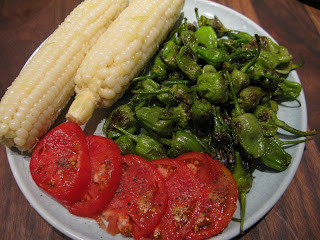 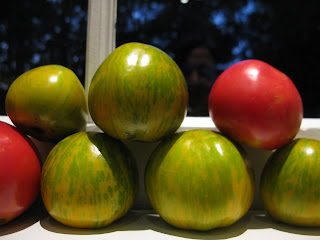 Posted by Alice and Stuart at 5:31 PM No comments: